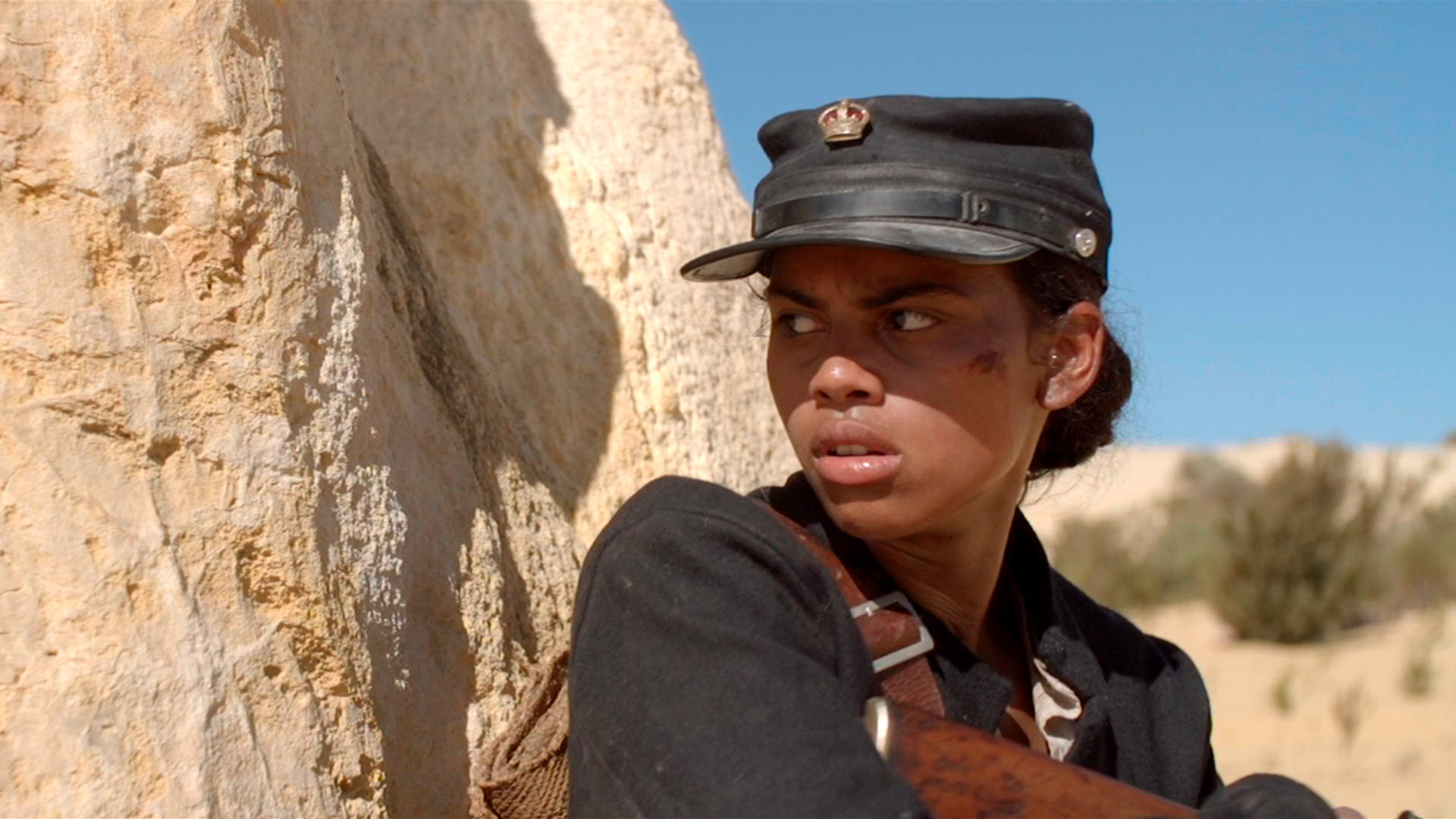 
Director
Perun Bonser
Writer
Perun Bonser
Producer
Ryan Hodgson, Melissa Kelly
DOP
Year
2017
Location
The Pinnacles Desert, Nambung, Western Australia
Type
Short Drama
ASO Link
Synopsis
Set in the early 20th century on Australia’s western frontier, a police Constable hunts down a band of dangerous Criminals aided by a young, female Aboriginal Tracker. However, when the Constable is severely injured the Tracker is forced to eliminate the last of the Criminals on her own. Alone, unprepared and scared, the Tracker must use all of her skill and the environment to outwit and defeat a seemingly unstoppable foe. But as a deadly game of “cat and mouse” unfolds amongst ancient desert sculptures, the Tracker’s resolve is tested, forcing her to reassess her allegiances. (Source: Screen Australia https://www.screenaustralia.gov.au/the-screen-guide/t/blight-2017/35213/)